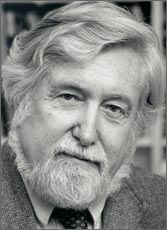 My applied and academic research is informed by Clifford Geertz’s theory of symbolic anthropology. Geertz is the champion of symbolic anthropology, a framework that gives attention to the role of symbols in constructing meaning. Geertz believed that the role of anthropologists is to interpret the guiding symbols of each culture and to understand how informants create meaning. This theory provides the rich conceptual elixir that gives me the frame to study media, brands, products and consumers. It is all about listening, observing and telling stories.

For those of us who have been in the theory and practice of media for some time, the name “McLuhan” is a household name. Linked to Marshall McLuhan’s name is a famous pithy aphorism: “The Medium is the Message.” What is not so well known, is the book in which McLuhan developed his ideas.

Here is my review of McLuhan’s “Understanding Media: The Extensions of Man.” In this review, I argues that McLuhan contributed to postmodernism, social linguists, design and symbolic anthropology.